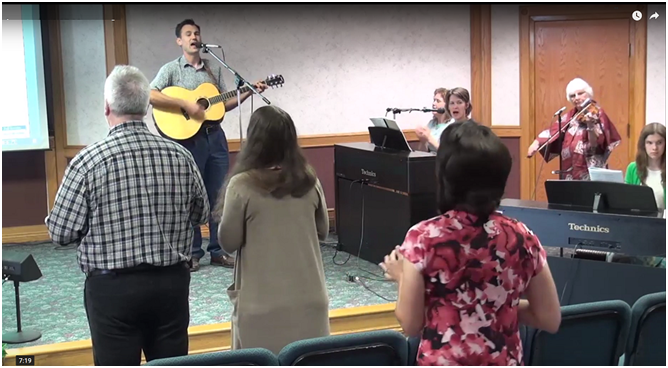 By the grace of the Lord Jesus we assembled once again at the Omega Message building in Mahomet, Illinois. There were approximately 75 to 100 souls gathered over the three-day period. It’s always good to see faces again that we do not see very often and hear their stories of recent year or years events. After warm greetings were exchanged, we settled in to hear what the Lord would say to us by His Spirit.

Several of us were introduced to brother Blake Biggs for the first time live. He has been ministering for several months already on Wednesday nights at the building, and videos of the meetings have been available to view. He comes to us well-reported of by the Mahomet brethren, and lives in the area. His depth of study into the original languages of the Bible was a great blessing for us in attendance. He brings even basic Bible texts into greater light and understanding through his research. He was the main speaker at both the morning and evening services the first day, and brings much to the table for all Christians.

On Saturday afternoon, brother Jerome Rhyant of Fort Pierce, Florida addressed the congregation, coming to us well-reported of by the Walters. David and Sandra have ministered regularly for at least several months at Jerome’s fellowship there in Fort Pierce, and the hearers are understanding the Gospel of the Kingdom to a very encouraging degree. Jerome testified of repeated ways God has moved in the city government of Fort Pierce to allow Jerome and his team to improve inner city conditions in previously very rough and dangerous areas. 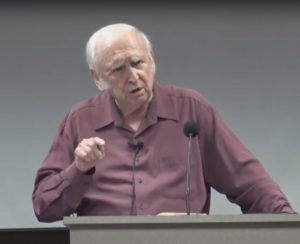 Brother Tom Campbell joined us for the Sunday morning service. This was his only meeting with us due to physical limitations at present. He brought his usual excellent message to us, then was prayed for afterward by several up front. Others received personal ministry from him also. On Saturday afternoon, Tom Sigwarth encouraged the congregation to use all of the resources available to us in God, finding out and fulfilling the various vocations that we all have in the wider plan of God, without taking vacations from our vocations. In the evening meeting, David and Sandra really tried to encourage everyone to wider participation of ministering the gifts and callings that God has placed in all of us.

The worship sessions were briefer on the first day due to more emphasis on the messages, but in the remaining meetings were rich with brethren up front really trying to be sensitive to how the Spirit of God was moving and leading us.

The last meeting Monday morning, Jerry Gadwa spoke to us of a dream he had while at the farm in New York. He was in line for the guillotine execution for his faith, when he recalled he had aught still toward some brethren. Jerry addressed us to always be ready to forgive others. John Baynes later spoke, relating his fall from off a ladder last fall, landing head first on the ground, and miraculously

not killed nor paralyzed by the fall. There was only a puncture wound, that is still healing. He asks for prayers for the work in Haiti with brother Emmanus, who was with us again and spoke on Saturday.

Conventions always go by quickly. We adjourned the meetings once more and returned to our various locales. The Lord watch between us while we are absent one from another.