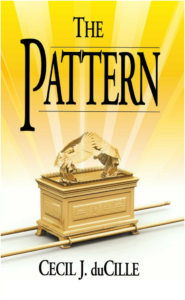 The author believes that “The Pattern” is a part of a message sent directly from God to His people. These revelations were born out of his personal experience and walk with the Lord. Every Christian, therefore, should read this book and glean for his or her own profit whatever God speaks from these pages.

“The Pattern” is a unique book, in which the author attempts to translate the typology of the ancient tabernacle of Moses into meaningful Biblical instructions for our time.

In this work KEYS are given to the reader, which open up much understanding of previously closed areas of the Bible. The whole message of the Bible is written in one picture – The Tabernacle of Moses.

As the wife of the author and a participant in the glory of this divine message, I testify that for three decades I have had the opportunity of seeing many lives changed. I have witnessed many outstanding miracles, but the greatest of them all is the selfless dedication of the author to this message of life.

We trust that every word of this book may bring glory to God.

“The Book of Revelation Volume One”

In Volume Oneof this Revelation Series of books, the author shares his personal testimony before giving the reader the revelations that he received from Jesus Christ Himself.

The introduction covers the seven mysteries of Christ also called the seven words of grace in every believer’s life.

Volume oneincludes the first ten chapters of the Revelation of John.  The author’s desire is to explain these chapters scripturally so that the reader can fully understand the prophecy that God gave to Jesus Christ who gave it to brother John. Each chapter is carefully covered, verse by verse, giving the reader the full revelation for himself.

Specifically, chapter one deals with Christ in the midst of the church. Chapters two and three reveal who the seven messengers to the church are and their message. Chapters four and five explain the four beasts and the twenty-four elders. Chapter six deals with the opening of six of the seals and explains the four horses and the four horsemen. Have you ever desired to understand who the 144,000 are? The answer, the revelation, is given in chapter seven. Chapter eight begins with the opening of the seventh seal, the seven angels and the seven trumpets. You will learn what will happen when this seal is opened and you will understand the work of the seven angels in the earth. Chapter nine connects the message of the fifth angel and World War III. Chapter 10 ends volume one. This chapter tells of “The eating of the little book and the effect that it has on the human realm.”

The Holy Spirit was sent to lead believers into all truth. You will not be disappointed when the whole truth, as much as the author has been made known, is unveiled to you. You will be made free!

Summary of
“The Book of Revelation Volume Two” 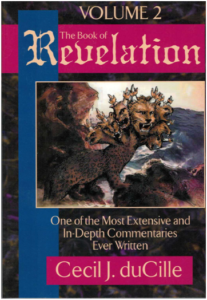 Volume Two of the Revelation series covers chapters eleven through eighteen of the Book of Revelation as given to our brother John.

In these chapters the author diligently, scripturally details the true worshippers of God, the woman clothed with the sun, the red dragon, the two witnesses, the seven-headed, ten-horned beast, the false church, the judgment and wrath of God, the roots of modern Babylon and much much more.

In this age of deception, it is a blessing to have the truth revealed to our hearts.

God has made the doctrine clear.

The Holy Spirit was sent to lead believers into all truth. You will not be disappointed when the whole truth, as much as has been made known to the author, is unveiled to you. You will be made free!

To receive your copies of these volumes please email to admin@sonlightministries.com. 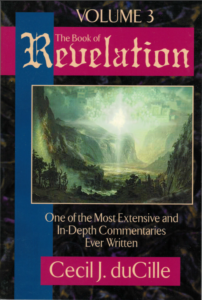 NUGGETS FOR THE NEEDY 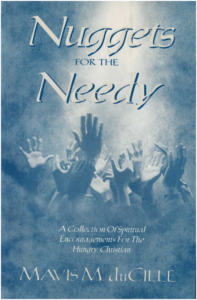 Lord. Every aspect of the Christian walk is covered from the “wilderness” to “The Promised Land” experiences.